Northwest Pa is loaded with quality musky lakes.  From lakes with high populations, to lakes with true giants, NWPA has it all.  The 3 lakes that Capt. Brian targets the most are Pymatuning, Conneaut and Edinboro Lake.

Edinboro Lake has one of the densest populations of muskies around. Though smaller on average, this lake is loaded with muskies and is Brian's "safest" lake for success.

Pymatuning Res. is another one of our highly populated lakes. With good numbers and some of the fattest muskies on the planet, this lake offers clients a chance at a monster, and solid numbers.

Conneaut Lake is home to some of the biggest muskies in our state.  Conneaut produced our state record musky back in 1924.  Though unlikely to break that record, monstrous fish sightings are not uncommon.  With incredible pike numbers to keep you busy while waiting for the queen, this lake can be a lot of fun!!

The Beast of the East!!! What else needs to be said about Chautauqua Lake?  A natural 13,000 acre lake in southwest New York, this lake is a musky factory known world-wide!! The Chautauqua musky season opens the last Saturday in May (to protect the spawning fish) and closes December 1st.  Multi-fish days, 50 inch class monsters, this lake has it all.  Tactics can vary drastically on this lake, so if you're looking to learn some new tactics while ensuring large fish are seeing your presentation, this is the lake to explore. 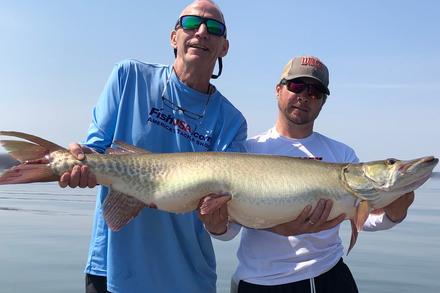 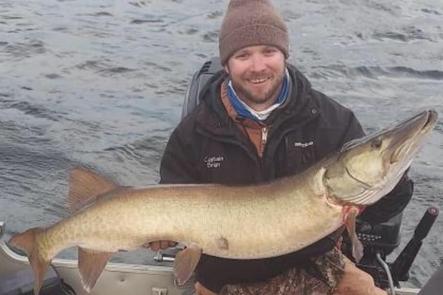